A Little Critter in a Big World 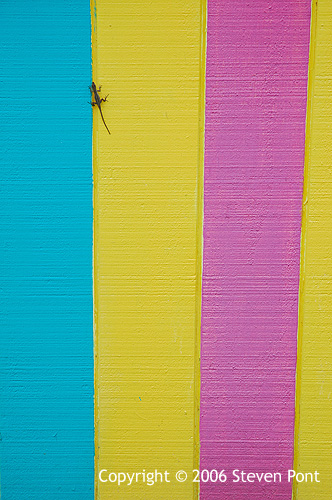 Sometimes I feel like this little guy. I start wondering what kind of lasting impression I could possibly make in "The Grand Scheme of Things". Then the feeling passes and I go eat a steak. That's something a 4-inch lizard can't do.

Update:
Last week, I was complaining about the use of scientific names that non-scientific people can't really relate to. Apparently, there have been some efforts to make scientific names a little more friendly to the masses. This Popular Science article from their October, 2005 issue mentioned that some scientists were incorporating the names of public figures into the names of newly-discovered species. My favorite was the Beetle which is named "A. vaderi" (after Darth Vader). We're not there yet, but it's a start.