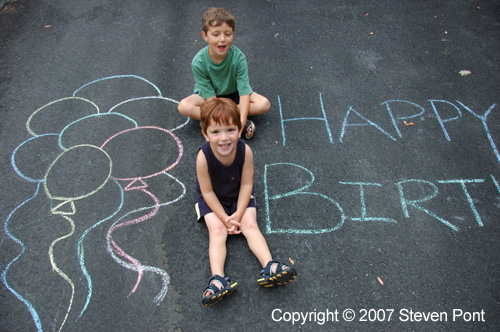 Some pictures caption themselves. Now if only I could figure out how to get my office work to do itself...
1 comment: 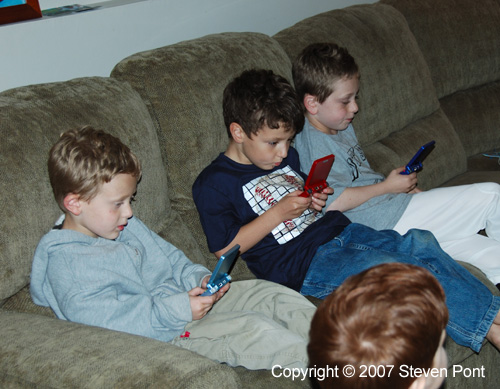 Isn't it great how kids play together? You just get a few kids, give them a ball or a stick or a box and off they go. Such imagination; such creativity; such interaction. It boggles the mind.
No comments:

Bring on the Fighters 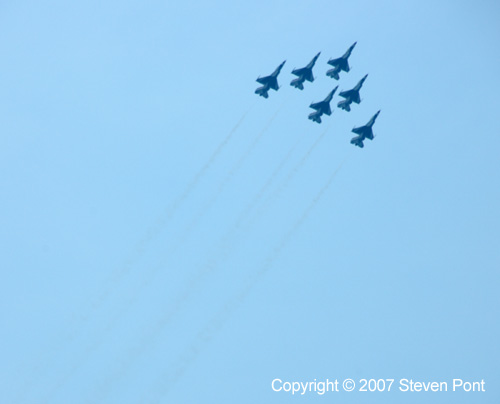 So after the measly, little propeller planes did their thing, the big, burly fighter jets came in to do theirs. I'm not sure what it takes to fly one of these monsters, much less fly them in tight formations with their wings almost touching, but whatever it is, I don't have it. I'm as manly as your average American male, but if these guys ever ran low on jet fuel, they could probably just mix in some of their excess testosterone and keep going for few hundred extra miles.

Oh, and for Thunderbird #4, I would now like to give you the finger for flying about 20 feet over my head at Mach 27*. F-16's are kind of loud and have been known to make small children (like my son) cry.

* Note: The plane was not really flying at Mach 27, since the FAA has banned supersonic flight over the continental United States.