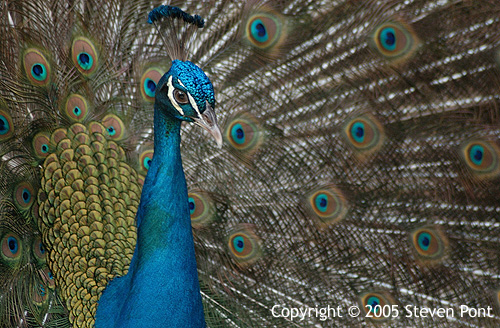 NBC uses a multicolored peacock in its logo. I also recall their "Proud as a Peacock" advertising campaign which I thought had been used for years and years, but according to Wikipedia, it was used only between 1979 and 1981. This was when they were trying to save face for being the worst network on Earth (well, at least the worst of the three at the time) and trying to make up for spending a ton of money broadcasting the 1980 Olympic Games which were boycotted by the United States. Ah, the history of pop culture.

A Day at the Lake 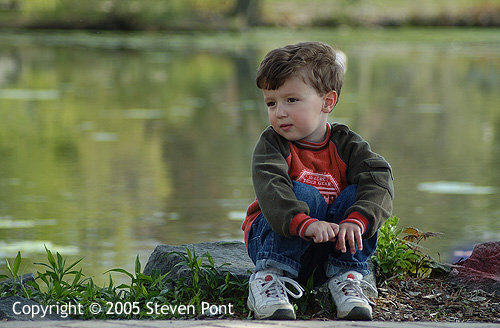 This is probably as close as my boy is going to get to "hanging out at the lake" (unless someone else's father wants to take him, that is). I won't go into another exploration of my oneness with nature (or lack thereof).

Special contest for Jackie -- what's wrong with this picture? 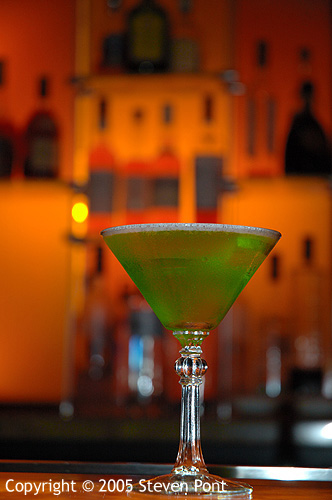 I really loved the bar at a recent visit to a Hilton Hotel in Los Angeles. The bartender, well she was kind of snotty, but the bar itself was nice and a lot of the liquor bottles were lined up against an orange backlit wall. The whole bar took on this warm glow. This is my apple martini taking center stage in front of that wall. 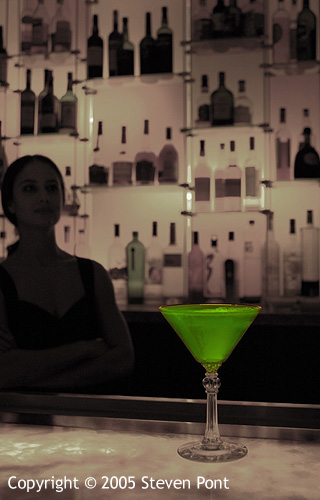 Actually, I have been informed recently that no serious martini drinker would have their cocktail shaken (sorry Mr. Bond). Not being a serious martini drinker, I really don't care how the various potable components are combined. In fact, I am such an un-serious martini drinker that I have never had a "real" martini -- you know, the kind that is made with only gin and vermouth (and maybe an olive). What you are seeing here is an apple martini -- the drink of choice for those who want to drink out of a fancy martini glass, and also for those who want to drink something that won't make their mouths pucker up so badly that they would have to drink the remainder through a straw.