Ah, Tokyo. I can taste the Sukiyaki now. Mmmmm, sukiyaki. And Japanese beer is pretty good, too. Mmmmm, beer. That big lump in the upper right blotting out the sun is Mount Fuji. Mmmmm, Fuji.

(This is a wide picture, so you may have to scroll to the right to see the whole thing.) 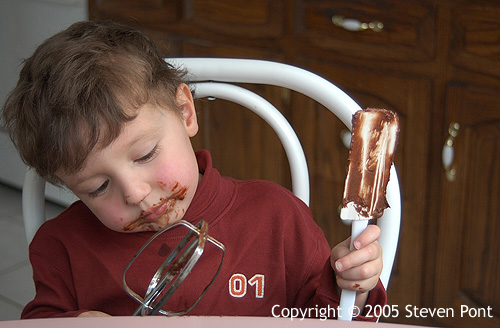 The boys and I just made cupcakes for Luke's birthday party. Some observers in the house were wondering if it was worth the effort of making cupcakes and icing from scratch for a bunch of three-year-olds who most probably wouldn't notice the difference. Well, that was a good point because I am sure that none of the kids at the party did notice the difference. But for my kids, making the cupcakes was a lot more fun than buying them because there were ingredients to spill, strange kitchen equiment to play with, and most importantly, beaters to lick.

(This picture is actually from a different dessert-making session, where Michael and I were making brownies. Mmmmm, brownie batter.)
No comments: 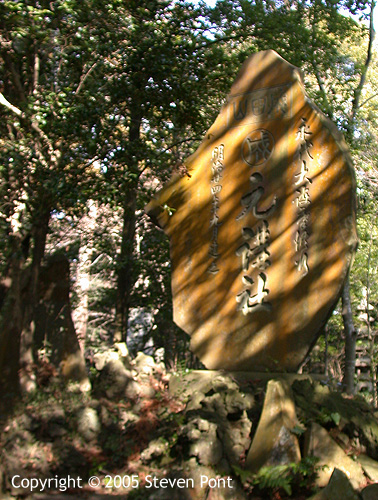 I am imagining this picture appearing on some documentary, and the rich deep voice of the announcer saying something about the "complex interplay of light and shadow". Aach. I just knows what I likes.

Can anybody read Japanese? I would be very disappointed if it turned out that this says "Keep off the grass".

Looking Back at the Pumpkins 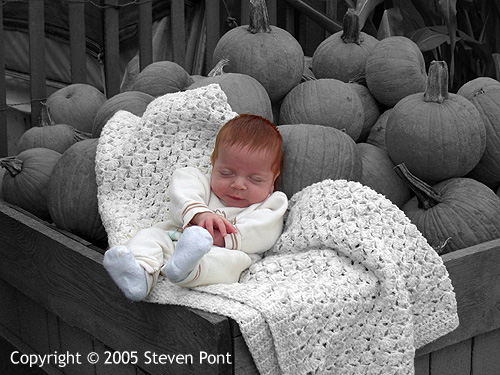 With Thing Two's birthday coming up, you might wonder how much has changed in three years. This picture was taken when he was about three months old. I remember not liking him very much at that point in his life. He didn't do much more than eat, poop, and cry, with a lot of emphasis on the crying. We didn't become friends until many more months had passed, but now I can't imagine a day without seeing his smile or hearing his laugh. One of the jokes in Bill Cosby's stand-up routine was something like, "My friend asked me why I had four children. I said it was because I did not want five." The older I (and my kids) get, the funnier Bill Cosby's old routines become.

If anybody didn't get that "Thing Two" reference, Thing One and Thing Two are two troublemakers from Dr. Suess' The Cat in the Hat. They excel in turning a house into a shambles in mere minutes. I can't help but wonder about the similarities between them and my own two Things.

The Art of Kicking and Punching 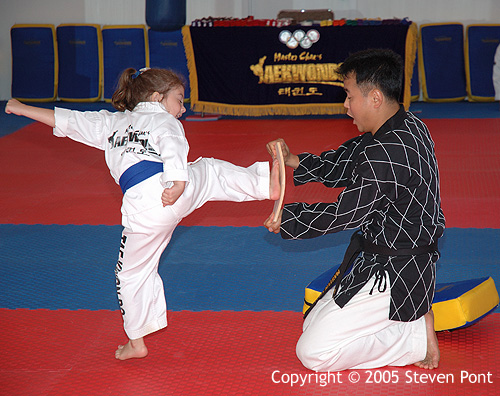 My boy earned his yellow belt in Tae Kwon Do last week. The belt tests were fun to watch and he was very proud of himself when all was said and done (and deservedly so). As the final part of the tests, each student had to break a piece of wood using a technique appropriate to their skill level. Michael's breaking technique, The Running and Flying Side Kick, was the most impressive sounding, even though it is the technique used by white belts. It conjures up images of Bruce Lee sailing through the air. (I know, I know. Bruce Lee is a karate master and I'm mixing up my martial arts. Just go with the imagery for a moment.)

Above is a blue belt using a back kick. Okay, they're not breaking 2x4's, but it's still impressive (especially when you are six years old).